Dark Are the Days, but the Light Is Coming, Part 2 – A Heart Monitor

“The test of any Soul’s maturity will be reflected by the choices it makes while experiencing life’s challenges, sometimes in severe blindness when all of one’s reality opposes one’s nature. It’s successes will be determined simply by it’s capacity to align itself to the purity and natural instinct of it’s heart.”  –  The Sacred Tree – The Daiva Yugas and The World Cycles of Human Evolution [1]

All indictions are that humans are going through an extensive testing period. We have heightened polarity (extreme polarity some may say) and a concentration of darkness (some may say extreme darkness) at the same time (See: Part 1: ‘Why is the polarisation so extreme?’)

If the earth is a learning ground and a training platform for human souls (a belief held by Mayans and some schools of Hinduism – among others) then surely periodic testing to evaluate soul-development would be in order? If the Universe wanted to gauge people’s hearts and souls, how would it do it?

Unity in Diversity vs. Disunity in Ideologies

Ethnocentrism is inherent in all human beings. It has advantages and disadvantages. Since it cannot be removed or reduced without negative side effects, it would be better to find ways to work with it positively.

Positive ethnocentrism would allow for the natural maintenance and preservation of a person’s original culture and identity while also allowing and motivating for an appreciation of other cultures that live within the same environment. Unity in Diversity could be the perfect example of positive ethnocentrism in that it is very likely to deliver consistent positive results, if fostered, cultivated and maintained on a continuous basis.

Implementing Unity in Diversity would depend on both will and goodwill of all parties involved. Unity in Diversity has a weak point in that it is a relatively fragile concept that is vulnerable to being disrupted by intrusive forms of negative ethnocentrism such as identity politics and nationalism.

South Africa as a case study:

The rest of this essay is published at GypsyCafe.org – Continue Reading (free)  >>

JJ Montagnier is a writer based in South America. He has a personal interest in conflict resolution, democracy and social coehsion. He has lived in South Africa and Northern Ireland (among other places.) The views and opinions expressed in this essay are those of the author. 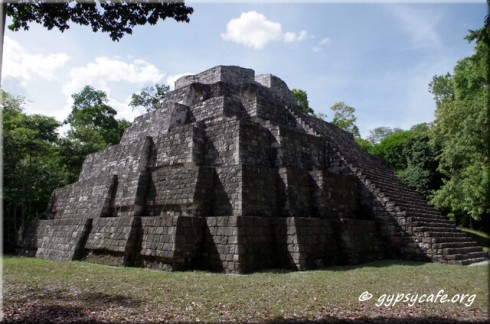 *For background on the Mayan Fifth World and the Fifth Element, please see: The Mayan World Tree.

Prior to December 2012, scores of Mayan calendar enthusiasts, authors and scholars had put forward a plethora of predictions, forecasts and interpretations about what would or could happen around certain dates in 2012. The dates, when they finally arrived,  were accentuated by the fact that nothing of note happened. There were no signs that the long awaited and highly anticipated new golden age was about to commence, as had been fervently predicted. Neither did major earthquakes, tsunamis, volcanoes or floods occur worldwide (all at once!)

Transition stages between 5200 year world ages are meant to take approximately 120 years [1].  Changes happening during such long transition periods are therefore very unlikely to become apparent “on day one”. However, such were the expectations in December 2012 that something was going to happen, that there were people who took the day or week off from work, while others headed to the countryside “just in case” [2]. The majority of people, however, took a sober view and brushed it all off as superstition.

In retrospect, a lot of people may be wondering why so many people responded so “irrationally” in 2012. From a depth-psychology point of view, the 2012 “mass psychological event” was much more than just mere superstition. It was a reflection of the power of the “archetype of the end”. This archetype was identified by well known Swiss psychoanalyst, C.G. Jung back in the 1950’s. [3]

There must have been something that had made a major impression upon the human psyche (repetitively) for this archetype to be so deeply embedded in the collective subconscious (aka collective unconscious) and to make such a strong mass appearance every now and again. From a Jungian perspective all archetypes have purpose and in this case, the archetype was a message from the collective subconscious of humanity that major change was upon us (within a decade or two). Continue Reading…

Full article with references is published at GypsyCafe.org

Theatre has many objectives. It can entertain or educate or both. It can mesmerise or bring consciousness. It can motivate and inspire. It can provoke or shock. Theatre holds a mirror up to reality and can evoke inner change. Theatre can be evolutionary. It all depends on how we engage with it. By merely passively observing the play in front of us no (positive) transformation can or will take place. When we engage with it we can either do so positively or negatively.

“Knowing your own darkness is the best method for dealing with the darkness of other people.” – Carl Jung

When an inner situation is not made conscious, it appears outside as fate. You meet your destiny on the road you take to avoid it. – Carl Jung

What is the connection between theatre and enlightenment?