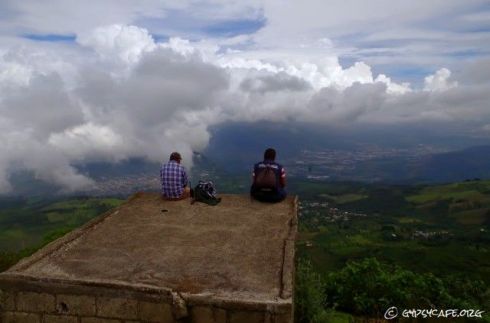 This is an excerpt of an article titled: 2012 to 2020: Why the World has Become so Polarised (Updated)

The energy flow rises and falls in a wave-like motion in Maya Calendar ages (regardless of whether the ages are long or short). The energy of an age starts to climb the energy pyramid at the beginning of the age, reaches its peak at its mid-point, and then descends on the other side.

What that means within the context of a katun-age is that the energy grows in intensity during the first half for 10 years, peaks during the 10th and 11th years, and declines again afterwards for 10 years. The years surrounding the peak years would all be potent in terms of being influenced by the energy of the age.

The Maya Short Count calendar is a 256 year cycle that assigns a specific symbol called a tone to each of its thirteen 20 year (19.7 to be exact) katuns. This number denotes certain aspects of a katun’s energy. For example, in the current katun, 2 symbolizes duality and polarity (among other characteristics).

The previous katun, from 1993 to 2012. had tone 4  assigned to it, which represented stability and order (tone 4 is known to be one most stable energies in the Maya calendars). An immediate observation that can be made is that at the transition point in 2012 the energies shifted metaphysically from stability to polarity – and that is how it has played out in reality too – there has been a huge increase in polarization and social upheaval since 2012.

The next six years, from 2020 to 2025 (as illustrated in the energy pyramid above), will have the most intense energy in this twenty year energy pyramid. This means that we may well be entering a period of high turbulence and volatility – if the trend of growing social and political polarization in societies in recent years is anything to go by …

According to this energy model the energy intensity should start to decline again from around 2026 onward. Some may find this information useful in terms of doing the neccesary mental or spiritual preparation for turbulent times (please see resources below).

Another aspect to the energy pyramid is that (in some cycles) during the energy incline the progression is more materialistic and during the energy decline it is more spiritual, so consciousness would shift from a more materialistic outlook in the first half to a more spiritual outlook in the second half. This may also be the case during this katun, with a subtle shift possibly happening in 2022. An illustration of this material to spiritual trend during  a Tracena (a 13 day Maya calendar week) is illustrated and explained on this page by Mark Elmy in Guatemala:
https://thefourpillars.net/?p=6675

The gradient of the rising and falling energy would not be as steep as depicted in the energy pyramid illustrated above (this was done due to limited space on the page). The change in energy would usually be very gradual and shift over time, which is why people are often not aware of it happening.

Although I have done my best to keep this information factual, these views should be considered my own. A more detailed analysis about rising and falling energy (with references) can be found in my essay: The Valley of Shadows in the Landscape of Light.

The Energy Shifts series (explains in detail how the metaphysical energy shifts work and their influence on consciousness and life).
The Darkness Before Dawn series (explains why humans are going through this testing period and the best ways to approach it).

J.J. Montagnier is a travelosopher and Maya time explorer. He has been studying and writing about Maya calendar related subjects since 2014. He traveled to Central America in 2015 to familiarize himself better with the Maya culture and its history. More about the writer here. 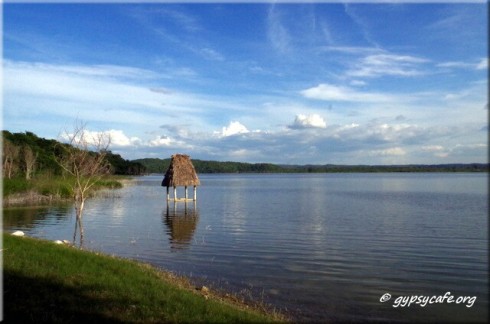 The Mayan Calendar constitutes at least three calendars in contemporary terms and they are used to map different cycles. For the sake of brevity and simplicity we can summarize that the most important thing to know about the Mayan calendar system is that time is cyclical. As cycles return they tend to have the same characteristics and features. In that sense similar events can be expected to happen again. Mayan shamans can therefore make reasonably accurate forecasts within symbolic and archetypal contexts. Western scholars can attempt to do the same, but with varying results. Some of the symbolism can be misinterpreted by them, or taken too literal, or the cycles and dates are sometimes mixed up.

The Rise and Fall of Consciousness

In the Mayan creation story , the Popol Vuh [7], the sky “drops” (“falls”) at the end of each world cycle. It is then raised again. So far the sky has been raised four times and we are currently in the space between ages before the next sky is raised. As a thought experiment: if we take “the sky” as a metaphor for human consciousness, then the sky “falling” takes on significant meaning: At the end of each 5200 year world age, as consciousness diminishes; systems, structures and thought processes related to it, become unstable or “challenged”. Subsequently they start to show strain or start to crumble. The consciousness aligned to the old energetic direction would be out of sync with the new incoming direction.

We could speculate that generally speaking, the outward and inward moving energies contain more or less the following characteristics in terms of identity, and that we have already observed some of these (surprising to some) movements in recent world events such as Brexit and in the United States’ presidential elections:

The full article is published at GypsyCafe.org 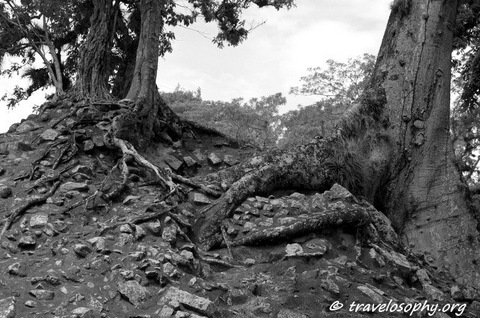 The Roots of a Ceiba Tree at Copán, Honduras, Central America. Photographed by Jean-Jacques Morin, September 2015.

In Mesoamerican theology the sacred World Tree stands in the centre of the world, crossing and connecting three horizontal levels, the heavens, the earth and the underworld. It has its roots embedded deep in the underworld, with its trunk straight and sturdy in the earthly realm and its branches high up in the heavens, diverging into the four cardinal directions.

According to Maya mythology the World Tree allowed human souls to come to be and this is symbolised by the White flowers of Ceiba trees, which are still found in Maya lands today. Following that, the biological human bodies which souls reside in allowed them to pass through the experience of life on earth. All souls came from one of the four cardinal directions, defining not only characteristics and personality traits, but also general destiny.

Photographs and text by Jean-Jacques M.